The Unique and Charming Appeal of Gothic Furniture 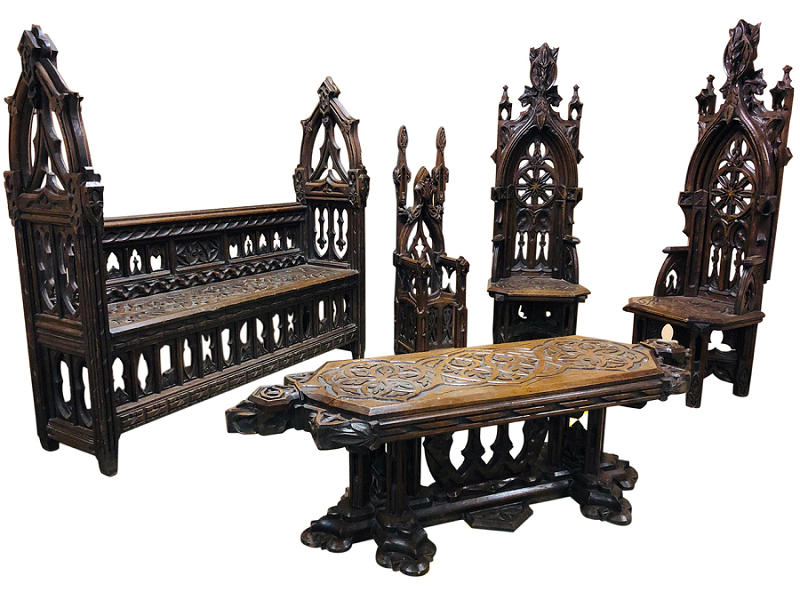 There are many different types of furniture theme and one of which is the gothic type. They are furniture designs inspired by the Gothic era (12th to the 15th century). The Gothic period’s furniture is characterized by ornaments and contour derived from Gothic Art. They became popular in France in the 12th century. The design details of furniture are simple but later on, evolved towards the architectural charm. They are painted, carved, and traced.

Below are the distinct charms of gothic furniture:

These are considered furniture not only in the Gothic era but up until now. They were originally used for travel but later on grew heavier and larger making them an ornamental furniture piece.

This type of furniture has a sense of majesty specifically designed for the masters. It is the chair for the upper class. The lower class level sits on a chest or benches. Today, gothic chairs are designed with more intricate details such as canopies.

Gothic beds became extremely popular in the 12th century. The beds and tables are decorated with luxurious embroidered fabrics. They are painted, carved, and refined with ornaments. Some have a canopy and hanging drapery. In the 14th century, the center was on the fabric used in beds and tables. The beds are adorned with precious fabrics that are designed to hide the wooden parts with the exception of the carved bed head. The headboard is purposely designed to be higher.

In the early parts of the gothic era, the tables were simple and rectangular in shape. They are long and narrow. As time passed by, the old bed and table designs are replaced by a more elaborate and ornamented piece.

If you are in search of a huge selection of gothic furniture feel free to visit this site https://gothiccabinetfurniture.com/.

How To Get The Correct Plumber – Tips On Hiring A Professional ...

How to use the internet to buy an apartment?