Home›Featured›What is the effect of omeprazole medicine on controlling gastric acid problems in the stomach?
Featured

What is the effect of omeprazole medicine on controlling gastric acid problems in the stomach? 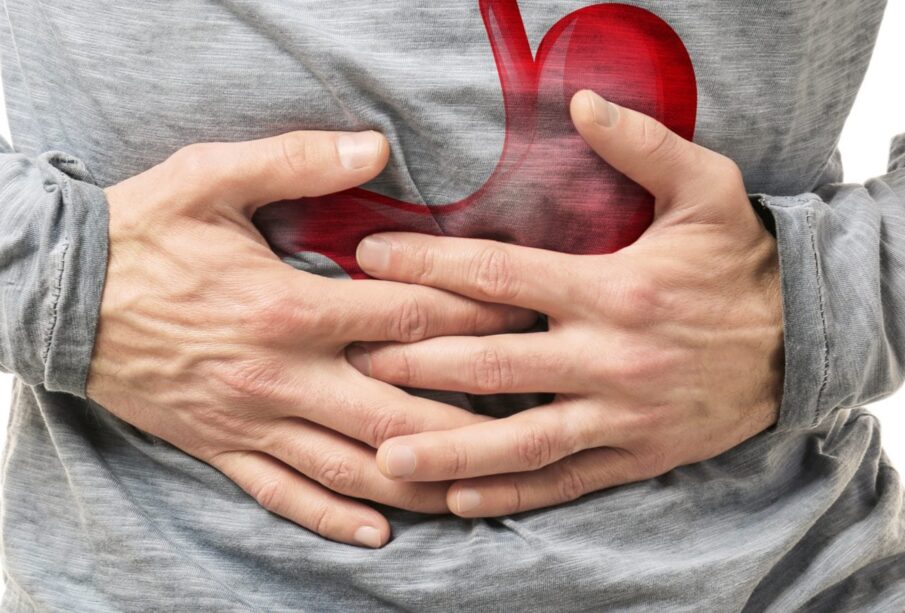 The introduction of omeprazole at the end of the 1980s represented a spectacular advance in the control of diseases related to gastric acid, compared to cimetidine and ranitidine, which were the drugs used for this purpose until then.

Omeprazole is a powerful gastric acid suppressant (inhibits hydrochloric acid secretion by up to 80%) that is indicated for the treatment (healing) of the stomach and duodenal ulcers; to counteract gastroesophageal reflux (for example, when there is a hiatal hernia) and treat esophagitis (inflammation, with or without ulcerations, of the mucosa of the lower portion of the oesophagus) secondary to it; to eradicate or eliminate Helicobacter pylori infection (in combination with various antibiotics), which is involved in most gastric and duodenal ulcers, as well as stomach cancer. It is also indicated in a very rare process that causes an overproduction of gastric acid known as Zollinger-Ellison syndrome. (produced by a tumour called gastrinoma, generally located in the pancreas), and as a gastroprotective to prevent the appearance of ulcers in the stomach and duodenum and their possible complications (bleeding) in individuals who must take aspirin (cardiovascular or cerebrovascular prevention) and/or nonsteroidal anti-inflammatory drugs (NSAIDs), such as ibuprofen or naproxen.

These are the situations and digestive diseases in which the use of omeprazole, or one of its derivatives, is appropriate and accepted. However, omeprazole is currently over-prescribed in our country: 54% to 69% of prescriptions are considered inappropriate. It is the active ingredient with the highest consumption, with a total of 54 million containers, representing 5.9% of the total number of containers billed in 2015, according to the Annual Report of the National Health System 2016. In addition, in the rest of Europe, 85 people out of 1,000 take omeprazole or a derivative daily in Spain. In Norway, it is only 30 out of 1,000 and 27 out of 1,000 in Italy, 70% above the European average.

It is the active ingredient with the highest consumption, with a total of 54 million containers, representing 5.9% of the total number of containers billed in 2015, according to the Annual Report of the National Health System 2016.

The consideration of omeprazole as a simple gastric “protector” with practically no adverse effects has triggered its use, in many cases without a clear indication or due to symptoms not associated with acid hypersecretion.

Omeprazole and its derivatives have generally been considered safe drugs, with some adverse effects, mostly mild, such as headache, constipation, diarrhoea, dyspepsia, and skin rashes; and other rarer ones, such as vitamin B 12 and magnesium deficiency; osteoporosis, with a higher risk of fractures, and a higher risk of intestinal infections, all of them in patients receiving any of these preparations long-term.

It has been suggested that long-term use of omeprazole increases the risk of premalignant gastric lesions, such as polyps, atrophy, and intestinal metaplasia (transformation of the gastric mucosa into an intestinal-type mucosa), as well as cancer. Of stomach.

Some studies have shown that the risk of stomach cancer increases by up to 43% among people who use omeprazole for a long time. However, the role that Helicobacter pylori infection could play in this was not taken into account (it has been the eradication of this bacterium has been shown to reduce the risk of developing gastric cancer, despite which a considerable proportion of these individuals may continue to progress to stomach cancer even after elimination).

A recent study, published on October 31, 2017, in the prestigious English journal Gut, concludes that long-term use of omeprazole (or derivatives) is associated with a 2.4-fold increased risk of gastric cancer in subjects who had eliminated Helicobacter pylori (being even higher in those who continued to have the infection by that germ). The study also confirmed that the risk of stomach cancer increased with the dose and duration of this type of drug and recommended that doctors should (should) be careful and rigorous when prescribing long-term omeprazole to patients, even in those in which Helicobacter pylori has been eradicated.

The consideration of omeprazole as a simple gastric “protector”, with practically no adverse effects, has triggered its use, in many cases without a clear indication or due to symptoms not associated with acid hypersecretion.

In this order of things, and always thinking about patient safety, there is an increasing tendency to deprescribe omeprazole, that is, to reduce the dose, suspend it or use “on demand” doses in adults who have completed a minimum time of four weeks with the drug as a treatment for heartburn or heartburn (gastroesophageal reflux disease) of mild to moderate intensity whose symptoms have already resolved, without continuing with the drug after that. Quite often, this is not usually done, and the patient can continue sine die with omeprazole without being necessary.

Some studies have shown that the risk of stomach cancer is increased by up to 43% among people who use omeprazole for a long time.

In patients who have Barrett’sBarrett’s oesophagus (a condition in which the normal mucosal lining of the terminal portion of the oesophagus is replaced by one of a different nature, similar to that of the stomach, which is caused by the exposure of that portion of the mucosa to acid gastric ulcer, as a result of prolonged gastroesophageal reflux ), severe esophagitis or a history of a gastroduodenal ulcer that has bled at some point, it is recommended to continue with the protection provided by this drug.

In general terms, the benefits of treatment with omeprazole, both in the short and long term, outweigh the possible risks or side effects, as long as the clinical indication for its administration, the dose and duration of treatment are appropriate.

Why You Should Include Your Roof in Your Spring Cleaning Schedule

Learn More About Kitchen Remodeling As A Worthwhile Investment