The Hinch Effect: Cleaning products in the social media spotlight 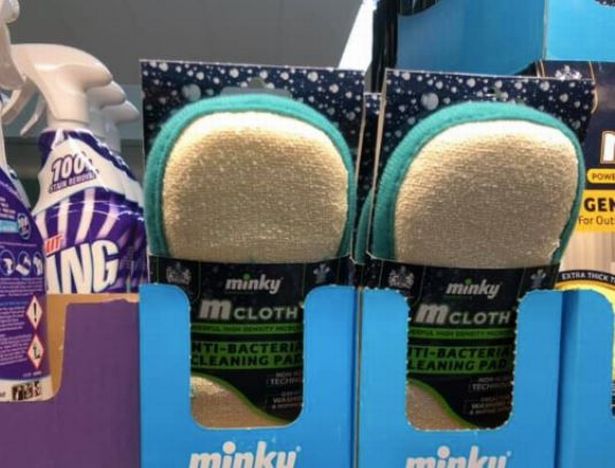 Chances are that, if you’ve been down the cleaning aisle of any shop recently, there’s been a few more empty shelves than normal. Is the Zoflora stock looking a little low? The Minky cloths and Morrison’s sponges not been back in weeks?

The reason for this cleaning clean-up is perhaps the most productive Instagram trend ever: hinching. Cleaning your house is now cool because hey, you can take photos of your enviably clean house and show that off instead of your halo eyebrows or teeth nails (2018 was weird). One shot drain cleaner supplier, Fulcare, takes a look at the impact of social media on the cleaning industry.

‘Hinching’ is basically giving your house a good clean, but with hacks and tricks to make it more fun. A good, proper cleaning though, not just running the vacuum over and tickling the cabinets with a dust cloth! Parents, in particular, might be wondering who has been blessed with the unfathomable power to not only making cleaning trendy but inspiring their Instagram-loving youngsters to clean?  There are a few cleaning gurus out there, but one that has truly struck a chord is 28-year-old Sophie Hinchcliffe, known on social media as Mrs. Hinch.

Mrs. Hinch has gathered a staggering 2.4 million followers on Instagram, known as the Hinch Army. The army of cleaning followers has set their home inspiration sights on photos of Mrs. Hinch’s own immaculate grey-and-white sleek interior home design.

The key element here is that cleaning is presented as fun and fulfilling. It’s not a chore, it’s a ‘Half Hour Hinch’ — give yourself a little list, set the timer, and surprise yourself with how much you can get cleaned in just 30 minutes rather than dreading the idea of starting cleaning and not getting finished. Little and often, she tells her followers, and it seems to be working, with hashtags flooded with clean rooms of Hinchers testing her top tips.

Being Hinch-approved is a selling point

Just like with makeup influencers, a nod from a cleaning guru like Mrs. Hinch will see products fly off the shelves. It’s little wonder, considering many of the products Mrs. Hinch recommends are often priced at £1 or £2 — certainly a lot less than some eyeshadow palettes that are trending.

For an Instagram trend, this one is a wallet and home friendly. Let’s take a look at the top products Mrs. Hinch recommends, and how they have enjoyed her spotlight:

If you didn’t use Zoflora, did you even really hinch it? It’s a given, as Mrs. Hinch seems to use this product for everything. From mixing it with water in a spray bottle for a general wipe-down to adding a little to her laundry, her toilet brush holders, and even the bottom of her bins, nearly everything the cleaning guru does has a sprinkle of this scented disinfectant.

It was one of the first products to enjoy the benefits of Mrs. Hinch’s approval. It’s selling out left, right, and centre and the Huddersfield-based manufacturer enjoyed a record sales growth of 28{6005fe00238ed0ec29dcf4f9ca8b03a9042cdf9ccd9cfcf46fbf772e3d1d5bdd} in 2018 as a result! Due to its social media adoration, production of Zoflora has had to double to keep up with the demand, with around 1 million bottles going out every week.

Supermarkets are stocking up on this cheap disinfectant, but with people stockpiling the stuff, you’d best be quick. It is certainly worth snapping up if you see it — it generally retails at around £1.50 for 120mls, and can be used all around the house.

Open up any of Mrs. Hinch’s Instagram stories, and you’re likely to hear “Minkeh, do you love me?” accompanied by a selection of pop music.

Of course, we know the answer to her question. Yes, Minky surely does love Mrs. Hinch after her endorsement of their M-Cloth Anti-Bacterial Cleaning Pad and ‘Kermit’ the Minky Glass & Window Cloth on social media. In fact, their Anti-Bacterial Cleaning Pad, which usually retails at around £2.50, has sold out in many outlets and eBayers are taking advantage of the hype by selling the cloths for upwards of £10 a pop! The BBC recently reported that the company had witnessed a 10,000{6005fe00238ed0ec29dcf4f9ca8b03a9042cdf9ccd9cfcf46fbf772e3d1d5bdd} increase in demand since June 2018 thanks to Mrs Hinch.

Why do Hinchers love Minky cleaning pads? Well, like the Zoflora, it can be used for many things, with a scrubbing side and a soft microfibre side offering different ways to tackle any cleaning issue.

It’s a bargain, it does the job, and so Mrs. Hinch loves it. Available in a pouring or spray bottle, Hinchers are using this pine-scented disinfectant for everything (especially if the Zoflora has run out!). As a running theme with Hinch-hailed products, this disinfectant has uses across the home — Mrs. Hinch is seen using it on her sinks, but it can also be used for surfaces, toilets, baths, and more.

Though it hasn’t reached out-of-stock frenzy levels, Stardrops is certainly seeing a boost to its sales. But parent company Starbrands Ltd are certainly not soured by this, as Mrs. Hinch has endorsed many of their products in her videos, also spotlighting their White Vinegar spray and this next product…

Wondering what this vague-named product is? The Pink Stuff, also from Stardrops, is yet another multi-purpose wonder with a bargain price tag. With a name like that, people would be forgiven for overlooking it on the shelves in the past. But no longer, with the Instagram limelight firmly on this product! In fact, it’s sold out in many stores as shoppers snap up the ‘miracle paste’ that has restored grimy deep fat fryers to a shining new glory, and scrubbed stained tiles to a fresh gleam.

The Instagram celebrity first shared the product to her followers after being impressed by its oven-cleaning ability. From there on out, The Pink Stuff became a staple addition to shopping lists at supermarkets and purchase orders at wholesale cleaning products outlets alike!

Making the most of the Hinch Effect

It’s more than just a sales boost though. Undeniably, Sophie Hinchcliffe has given the job of cleaning a glamorous new appeal, where previously it has struggled to shake off its outdated image of it being ‘a woman’s duty’ to clean the home. But the new trend of cleaning is not set to send people back to this obsolete idea that being a ‘domestic goddess’ is a necessary goal that women must meet to be appealing. Instead of it being a chore to please others, cleaning is now a self-rewarding experience. Gone are the days when women were seen to put on make-up to impress others; now, women are proud to say they choose to wear make-up however they want because it makes them feel good. The same now goes for cleaning — people are taking part in the rewarding feeling of a clean house, of seeing the results of hard work, and not to appease anyone else. Simply put, people like living in a nice house and feel better for having a nice, clean house.

It’s a sense of achievement in a little hard work, but not an unreasonable amount of hard work. Mrs. Hinch recommends half an hour each day, with a deep clean reserved for the weekend. Limiting yourself to half an hour means the task doesn’t seem so gargantuan, tackling it little-by-little each day.

Instagram adds an element of reward and praise too, with people snapping and sharing photos of their super-clean rooms. There’s also an element of mindfulness to it, notes one report by the BBC. It’s a task that can keep hands busy, occupy the mind, and give a little boost of satisfaction in achieving something that day.

For a social media trend, this one seems pretty positive! Will you be hinching your home any time soon?